So Pious an Undertaking Lecture 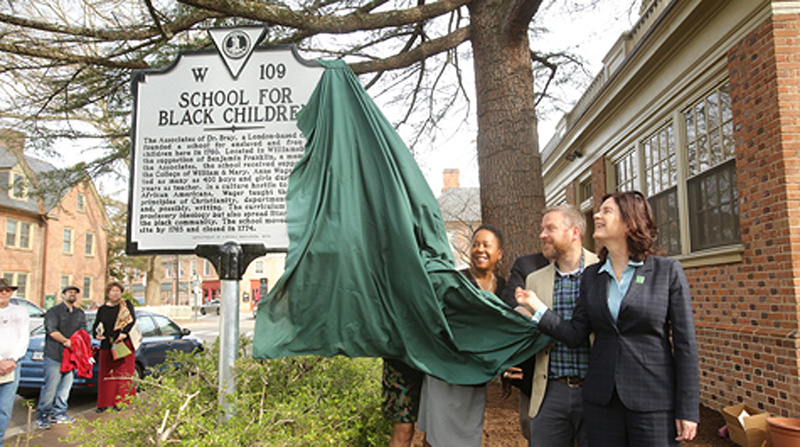 So Pious an Undertaking: Slavery, Religion, Education, and Virginia’s Bray Schools
Digital Zoom Lecture, Saturday, February 27, 2021
1 p.m. – 2 p.m.
Speaker: Nicole Brown
Tickets are $5 per person
When the Williamsburg Bray School opened its doors on September 29, 1760, it was the first official endeavor in Virginia to provide education for enslaved and free African Americans. Offering religious instruction in the Anglican tradition, the varied perspectives on Virginia Bray Schools were often complicated and contradictory. Public historian and early colonial scholar Nicole Brown will explain the pivotal role these schools had on our understanding of the relationship between slavery, religion, and education prior to the American Revolution and the Second Great Awakening.

Speaker Bio:
Nicole Brown is a researcher, performer, and interpreter of women in Virginia spanning from 1750 to 1800. Mrs. Brown graduated from the College of William & Mary in 2013. Over the past three years, the topics of religion, education, and slavery in Colonial Virginia have been the focus of her research.  Her work as a public historian has taken her across the globe. In 2017, Nicole was awarded a short-term Fellowship at the International Center for Jefferson Studies in Charlottesville, Virginia to research 18th century women’s education. Mrs. Brown also spoke in Reims, France at the 2018 National Association for Interpretation’s annual conference regarding the efficacy of using character interpretation to discuss challenging topics. During January 2019, she was awarded a Gonzales Grant by The Colonial Williamsburg Foundation to visit the University of Oxford, studying the Associates of Dr. Bray and the Church of England’s involvement in enslaved education across Colonial America. As of 2020, Mrs. Brown is completing an M.A. in American Studies at The College of William & Mary.

Advance ticket purchase is required. Ticket holders will be sent a Zoom Link via email before the lecture in order to attend digitally.
Purchase Tickets