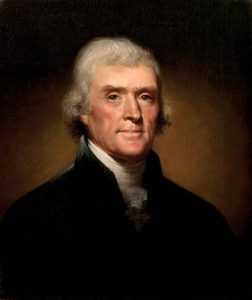 Each American president has faced challenges and opportunities in how he has responded to issues of religious liberty. None would claim to be against “religious freedom” per se, yet some ways in which they have understood it seem to have undermined basic meanings of the expression. In better understanding religious liberty and American politics today, we need to return to October 7th, 1801 and January 1st, 1802, to a letter correspondence between the Danbury Baptist Association of Danbury, Connecticut, and the new American President, Thomas Jefferson. Together, these odd allies led America to see a “wall of separation” between religion and government as a critical start for reflecting on the unique religious identity of the American experiment as it plays out today.

Tickets are $15 a person. Light refreshments will be provided.