“Shirley Henry “Jack” Finley, 94, passed away on Tuesday, May 15, 2018. Jack was the son of the late Elmer George Finley and Hulda Pletzer Finley. He served in the U.S. Army in Europe during WWII. He was retired from Newport News Shipbuilding. He was the oldest living member of the Smithfield VFW, where he was a past commander, and The Smithfield Volunteer Fire Department, where he served in the position of Captain and was awarded the title of Honorary Chief in 2010. Jack was the first Fireman of the Year for the SVFD. He served in many capacities with the Virginia State Fire Fighters Association, including president of the association in 1993-1994. He is survived by his wife of 69 years, Helen Marlow Finley, sister Dorothy Finley Ferruzza, daughter Patricia F. Spivey (Ronald), son Robert M. Finley, grandchildren Amanda S. Rogers (Jeremy), Meredith S. Parks (Stuart), and great-grandchildren Grayson and Marlow Parks and Finley Rogers. He was predeceased by his brothers Elmer and Elliott Finley…”1 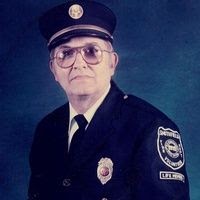