"Is There Anyone Famous Buried Here?" 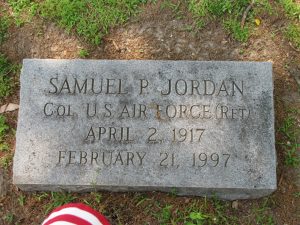 One of the frequent questions we get at Historic St. Luke’s is; “is there anyone famous buried here”. Our response is that there is no one who is well known throughout the country but many who are near and dear to us. Among those are people who fought in our nation’s conflicts and helped to preserve our liberties that we hold so dear. On this upcoming 4th of July we remember people like Col. Samuel Peele Jordan. A member of the Jordan family that was so important to our restorations of the 19th and 20th centuries, Col. Jordan was a veteran of WWII, the Korean War and the Vietnam War. A member of the Army Air Corps and later the U.S. Air Force, Col. Jordan was a man who embodied those attributes that have made our country great. 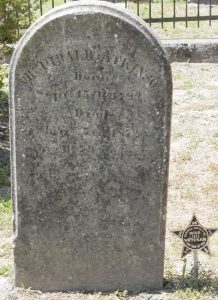 The grave of Archibald Atkinson.

Another figure we want to lift up is Archibald Atkinson. A veteran of the War of 1812, Atkinson was the first Mayor of Smithfield and also a Congressman from Isle of Wight County. A graduate of William and Mary Law School he served in the Virginia House of Delegates and the Virginia Senate. Atkinson was elected to the 28th, 29th and 30th Congresses. Atkinson purchased the Watson P. Jordan house (circa 1822) in Smithfield, a house that still stands to this day. 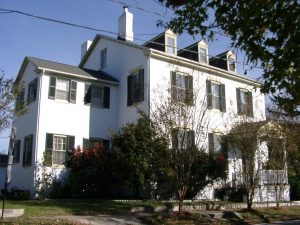 One of the enduring legacies of the “Old Brick Church” is that we are dedicated to teaching the public about the rich history of our Country and Isle of Wight County. The people who produced the oldest church building in Virginia lived in a time when many of the liberties we hold dear were not afforded to those living under the Colonial system. We are thankful for the role that Col. Jordan and Archibald Atkinson and many others played in the fight to preserve our freedom. We wish everyone a very happy and safe 4th of July Holiday from all of us at Historic St. Luke’s Church.