What's In The Box, by John Ericson 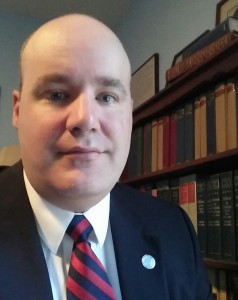 On Saturday April 23rd at 1:00 p.m. Historic St. Luke’s is proud to present Mark Summers, the Manager of Educational and Public Programs at Historic Jamestowne, will present on the recent findings from an archaeological project that discovered the foundations of the first English Church building in North America in 1608.
Inside the waddle and daub chapel the remains of four bodies were found beneath the chancel section (altar area) of the sanctuary. The bodies included the first English Clergyman in America, the Reverend Robert Hunt. The other three were military figures. The most mysterious discovery was a two inch wide silver box that is known as a reliquary, found in the grave of Gabriel Archer. 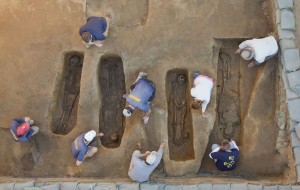 A reliquary is a sacred object within the Roman Catholic tradition, that typically contained the bones of a saint and an ampulla that would normally hold blood, holy water, or earth from a holy site. The box has not been opened, but, using modern technology the contents were revealed. So what does all of this mean for our understanding for the religious landscape of the first permanent English Colony in North America? How about the impact of dissenters like John Smith? 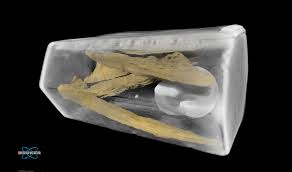 That’s what we’ll hear from Mark Summers on April 23rd and more. What is certain is that the religious environment at Jamestown and the later colony of Virginia was far more complex and influential than many previous scholars have suggested. The archaeological team at Historic Jamestowne, headed by Dr. William Kelso, have opened up a host of questions that will have scholars reworking their understanding of this tumultuous time. We hope you’ll join us for this exciting event. Tickets are $15/person. Seating is limited. Please call us at 757-357-3367 or visit us online at stlukesmuseum.org for more information.
VIEW ALL