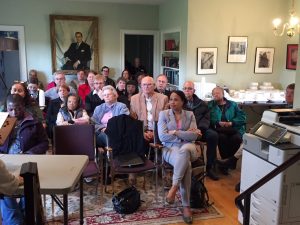 The Education Department at HSL held a well-received program, the second educational program in the 2016 Season, on Saturday, April 9th, 2016.  Drs. Cassandra Newby-Alexander and Kay Wright Lewis from Norfolk State University presented on the Early African American Religious Experience from the Anglican to the African Methodist Episcopal and Baptist churches.
The 23 guests enjoyed conversations with the speakers during the question and answer periods of the talks, during the boxed lunch intermission, and before the group, guided tour which followed the two presentations. 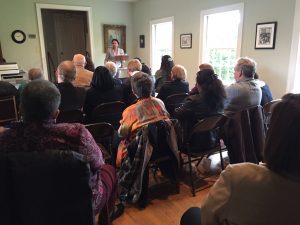 The speakers covered a wide range of details including the West African Slave Trade, Haitian and Barbados influences, how laws prior to Emancipation influenced the education of African Americans, and how African Americans chose to practice religion and which religions, denominations, and sects appealed to African Americans the most.
Attending guests traveled from as far as Richmond, Colonial Beach, and Virginia Beach.  We are excited about this program’s success and the rest of our 2016 Season. 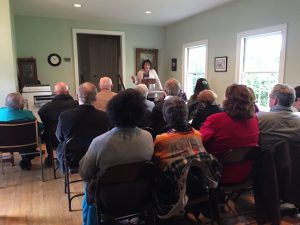 Be sure to register soon to attend our next program on Saturday, April 23rd with Mark Summers from Historic Jamestowne who will present on the latest evidence and theories about religious diversity at America’s First Permanent English Settlement.  Contact us for more information and to register today,  See you again soon!
To register for our upcoming event, Religious Establishment and Dissent Inside James Fort, call us at 757-357-3367, or email at contact@stlukesmuseum.org. Click here for more information!
VIEW ALL