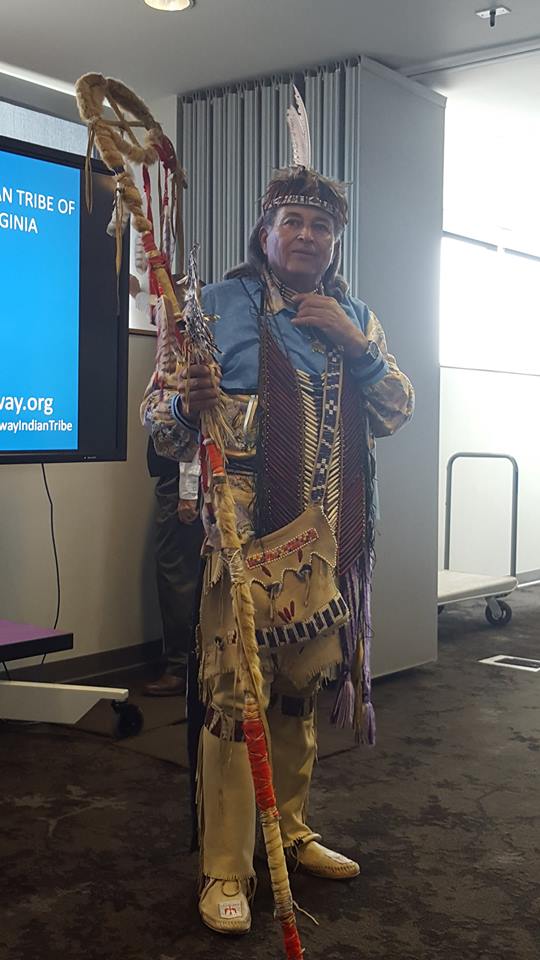 On Thursday August 19, John Ericson, Museum Interpreter for Historic St. Luke’s Church sat down with Chief Brown to discuss the history of the Cheroenhaka Tribe and the Chief’s upcoming presentation at Historic St. Luke’s on September 10.
The Cheroenhaka/Nottoway Tribe is located in Southampton County, VA near Courtland. The Tribe currently consists of 425 members and owns 263 acres. The Cheroenhaka are recognized by the State of Virginia and are seeking Federal recognition.

John: Chief it’s a great pleasure to meet you. I’d like to know what it means for you to be a part of the Cheroenhaka Tribe?
Chief Brown: It’s a great honor and an opportunity to continue to walk the road of our ancestors, the great circle. But, mostly it’s about those who come after us. Being able to preserve the history, the walk of our people. We want to leave a better world for those who come after us.
John: When did the Cheroenhaka first make contact with the English Colonists? 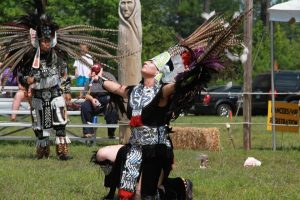 Chief Brown: in 1608 the English came looking for remnants of the Lost Colony. That’s the first contact with our people. Very early on. They had Algonquin speaking guides who referred to our people as Mengwe or Mangoak meaning treacherous people. They didn’t like people of the Iroquoian language.
John: The Cheroenhaka were not a part of the Powhatan Confederation?
Chief Brown: No, everyone remembers Powhatan and his daughter Pocahontas, but, we are of a different language and people. Powhatan killed many men, women and children of our Tribe. We are of the Iroquois people, the same people who are located in New York and up into Canada. We have a different language and were given the derogatory name of Nottoway or Na–da–wa which is an Algonquin word that means venomous snake. The Cheroenhaka name means People at the Fork of the Stream, because we hunted and fished and farmed in the territory between the Nottoway and Blackwater rivers and as far south as the Albemarle Sound.
John: The Cheroenhaka were involved in the 1676 rebellion?
Chief Brown: Yes, Nathanial Bacon tried to get assistance for his rebellion among the Algonquin tribes but they had been warned by Governor Berkeley not to participate. They tried to get the nearby tribes to support a war against the Susquehanna who were considered a common enemy. Failing to get support from the Algonquin speaking tribes he turned to the Cheroenhaka and Meherrins and 24 of our warriors were part of the rebellion. In 1677 a treaty called the Woodland Plantation Treaty was signed. The treaty guaranteed our lands but later settlements negated the treaty. 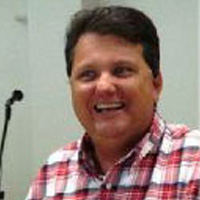 John: What is the status of your receiving Federal Recognition?
Chief Brown: Well we believe that because of the treaties that exist and the 1804 special census that was taken that we have never not been recognized. We have a letter in to the Bureau of Indian Affairs to make our case. We have recognition from the State of Virginia. But, from our standpoint we’ve always been recognized. You know it’s interesting that we are the only people who have to prove our ethnicity. You don’t have to prove that you’re white. But, we have to prove that we are Native Americans.
John: We’re looking forward to your being at Historic St. Luke’s, can you tell us what you’ll be offering up on September 10?
Chief Brown: We’ll have a number of people from our Tribe there with hundreds of artifacts some going back thousands of years. We’ll be in our 17th century regalia and have bow making demonstrations and other things. We’ve been doing this for years with educational efforts in every school system in Hampton Roads, we want to share our history, the walk that we continue. 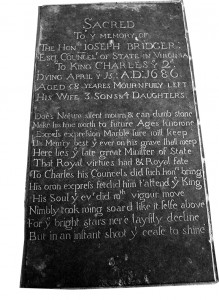 John: Thank you Chief Brown it’s an honor to meet you. We look forward to your being with us.
Chief Brown: Thank you, we’re excited to be a part of it.

Chief Brown and the Cheroenhaka Tribal members will be with us at 11:00 a.m. on Saturday September 10th as part of our weekend long event; The General from Whitemarsh: a celebration of Joseph Bridger.
Admission to the weekend’s events are included in general admission prices. Visit the event page by clicking here for more information. We look forward to seeing you!