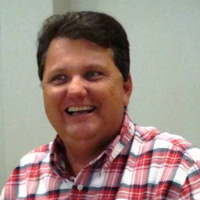 On October 31st, Museum Interpreter John Ericson interviewed Dr. E. Randolph Turner III about his upcoming symposium at Historic St. Luke’s entitled; “Searching for Powhatan’s Werowocomoco”. Werowocomoco was Powhatan’s principal residence in 1607 and served as the capital for the chiefdom over which he ruled. It is the sole location in Virginia where Powhatan and John Smith met. If Pocahontas did indeed save the life of John Smith in December 1607, then that event would have occurred at Werowocomoco, though some controversy surrounds this event. Dr. Turner has been doing archaeological work at the site of Werowocomoco since 2002, originally as the Regional Director for the Virginia Department of Historic Resources (now retired).
To purchase tickets for this symposium, click here.

John Ericson: Dr. Turner, we’re excited to have you with us at Historic St. Luke’s on Nov 12th. Can you share with our guests the significance of the Werowocomoco site and how you first got involved? 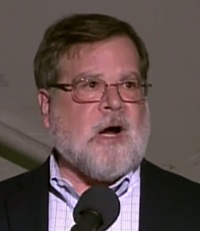 Dr. E. Randolph Turner III:  Werowocomoco is internationally recognized, for a number of reasons, including (1) it was Powhatan’s principal residence when the English arrived at Jamestown in 1607; (2) it also served at the capital of the Powhatan chiefdom, a political entity encompassing most of coastal Virginia and having a population of 15,000 or more persons; (3)  it is the only place where Powhatan and John Smith ever met; and (4) if John Smith’s account of being saved by Pocahontas is true, then that event took place at Werowocomoco.
My involvement with the site began in 1973 when I visited the property as part of my Ph.D. fieldwork.  Unfortunately the owners were not home, as would be the case for a few decades after that!  It was not until 2001 when I met Bob and Lynn Ripley, new owners, that I was actually able to walk the property.  The Ripleys also enthusiastically supported archaeological investigations there.  Following an archaeological survey of the property in 2002, I helped set up the Werowocomoco Research Group which conducted excavations at the site from 2003 through 2010.  Most recently the National Park Service acquired the property this year, with their goal of having it open to the public in the near future.

Pocahontas and The Jamestown Colony

JE: Pocahontas is a name everyone is familiar with, but what role did she actually play in the early years of the Jamestown Colony in the relationship between the English Settlers and the Powhatan Confederation? 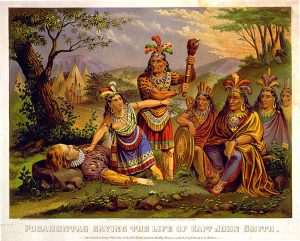 RT:  I have suggested before that Pocahontas may be more famous and have better name recognition internationally than any other figure in our nation’s history, including George Washington!  Yet the legend that has developed around her over the past 400 years is largely just that, legend.  If one compiled all mention of her in the early Jamestown accounts, it would result in no more than a couple of pages.   We know she visited Jamestown as a child, that she later was kidnapped by the English, that she then married John Rolfe, dying shortly after in England leaving behind one son.
Beyond that we know very little else, which is rather remarkable given how famous she has become. As an aside you mention the “Powhatan Confederation” with others also using the term “Confederacy.”  This name can be attributed to Thomas Jefferson in his book Notes on Virginia but actually is a misnomer.  A confederation or confederacy is by definition a voluntary association, with the political entity over which Powhatan ruled being just the opposite.
The historical accounts are clear that Powhatan inherited some six to nine districts (each roughly the size of a modern-day county) and during his lifetime through warfare or threat of warfare expanded his control to eventually include some thirty or more districts.  Actually, the Powhatans are a classic example of what anthropologists call a chiefdom, which is characterized by a centralization of economic, social, political, and religious power into one individual who attains this power through inheritance.  Thus, one sees reference more and more today to the “Powhatan Chiefdom” not “Powhatan Confederation” or “Powhatan Confederacy.”

Werowocomoco and The Algonquin People 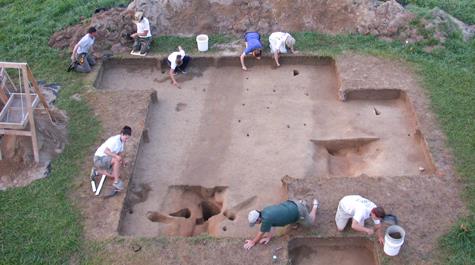 JE: I understand that Werowocomoco was a capital city of sorts. Do we have a sense of its size and how far back in history it played a significant role in the lives of these Algonquin people?
RT:   The historical account from the early Jamestown years talk of Werowocomoco being what today we would call a “capital.”  However, the recent archaeological excavations have revealed evidence the Werowocomoco was also an area of likely restricted access, having both a secular and sacred role, and in many ways reflecting Powhatan as both a secular and sacred leader.   Further, much to our surprise, this secular/sacred dichotomy at Werowocomoco seems to date back several centuries before 1600, indicating that it was important in local Algonkian culture long before Powhatan’s birth.
The site itself is quite large, covering nearly 50 acres, as compared to most villages and towns in the region rarely exceeding an acre or so.  Plus, it does not appear from the historical accounts that many people ever lived here, with this being consistent with the recent archaeological evidence on the apparent sacred nature of this locale.

The Vanishing of Werowocomoco 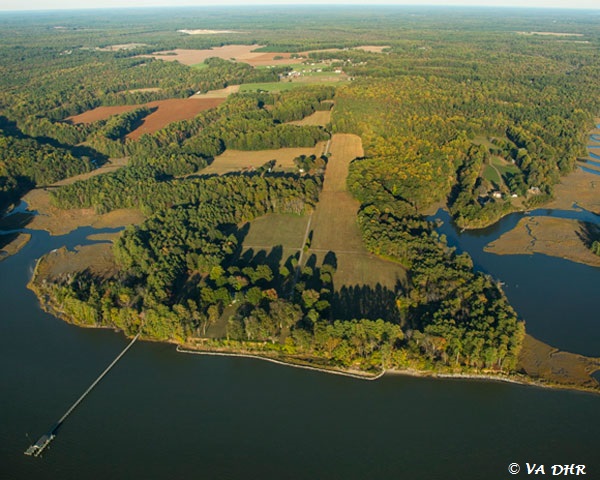 JE: What happened to Werowocomoco after it was abandoned in 1609?
RT: Powhatan left Werowocomoco in January 1609, moving to Orapaks which is thought to be near modern-day Bottoms Bridge on the Chickahominy River, and then perhaps a year or two later to near the fall line on the Pamunkey River, all in an effort to put distance between him and the English. After Powhatan leaves Werowocomoco, the site disappears from and is never mentioned again in any of the early English accounts.
JE: Dr. Turner, thank you for your time. We look forward to your presentation at Historic St. Luke’s on November 12th at 1 p.m.!

Tickets to our lecture, Searching For Powhatan’s Werowocomoco, are on sale now. Click here to purchase your tickets online and for more information, or call 757-357-3367. We look forward to seeing you there!