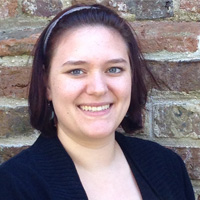 On a beautiful Wednesday morning with the sun shining down on Christopher Newport University’s campus, I sat down with Dr. Phillip Hamilton for an interview. I quickly explained the origins of Historic St. Luke’s to the professor of a class entitled The Rise and Fall of American Slavery at CNU. There is an event coming up quickly at Historic St. Luke’s on the early African American religious experience in the Virginia Colonies and I was hoping to learn more about the relationship between African Slaves in the Colonies and the church. Did they practice Christianity or another religion? Did they attend church with their “masters”? All of these questions were rolling around in my head when I sat down to interview Dr. Hamilton on the subject.
He began at the best place to begin: the beginning. Slavery was originally a very small institution in the Virginia Colonies. There was a large population of Indentured Servants in the Colonies as well as a small African Slave population until after Bacon’s Rebellion which Historians often identify as a turning point in our history. In many ways, Bacon’s Rebellion was a rebellion of Indentured Servants which caused a shift from indentured servitude to slavery. By the 1680s, the Royal African Company of Great Britain was well-established making it easier for Colonists to gain access to slaves. Originally, the slave population was majorly male as they were considered stronger. They lived together in barracks and lacked the family units that we see later in history. By 1725, there were an equal number of male and female African slaves. This led to more family formations and created a sense of community among the slaves. 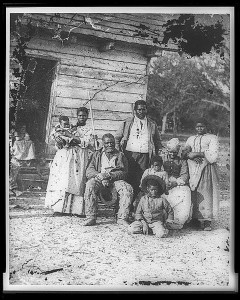 What were the religions and religious practices of African slaves in the Virginia Colonies? During the 17th Century, most African slaves held on tightly to the religion and religious practices of their origins which were often polytheistic. This was enforced by Virginians at the time who were concerned that if they converted their slaves to Christianity than they would be morally required to free them as well. Conversions to Christianity slowly began in the 1720’s as the First Great Awakening began to set in. The Baptists were generally the ones who were trying to convert African Slaves with the intention of giving them Spiritual Equality. (Since Historic St. Luke’s was Anglican during this time period, it is doubtful that the congregation was making much effort, if any, to convert local slaves to Christianity. Unfortunately, the Vestry Book with records of Historic St. Luke’s during this time period did not survive so it is hard to know what the congregation looked like during the early days.) 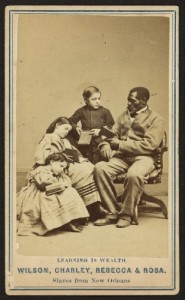 When the American Revolution rolled around in late 1760s, only a minority of African Slaves had converted to Christianity. Instead, many of them practiced a hybrid faith that was in many ways a mixture of African religions and more European/Christian religious practices. For example, as many slaves were illiterate, their religious services often involved a lot of call and response. Since many of them were unable to read, they would repeat or respond to the scriptures, sermons, etc. that were being said aloud. Music was also far more important to these hybrid religions because of illiteracy. Amazingly, many of these practices became tradition and can still be seen in many African American Churches and religious services today. How? There is still a tradition of call and response during religious services as well as a love for and stress on music as a form of religious expression. (I personally find it amazing that such beautiful music as well as a love for music and religion has developed out of traditions that had such unfortunate beginnings.)
If you are interested in learning more on this subject, please consider attending our event at Historic St. Luke’s entitled The Early African American Religious Experience Symposium on Saturday, April 9th from 11AM to 2PM (Boxed lunch provided). Dr. Cassandra Newby-Alexander and Dr. Kay Wright Lewis of Norfolk University will both be discussing the religious experience of African Americans during the colonial time period as well as the early 19th Century. Slavery and the experience of African Americans in the Colonies is an incredibly important part of American History that is often largely ignored or avoided. Please join us to gain a better understanding of our origins as Americans as well as our origins as a nation.
I would like to extend a special thanks to Dr. Phillip Hamilton at Christopher Newport University for taking the time out of his day to educate me on such an important subject. 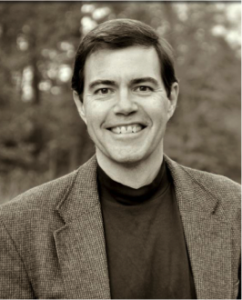 “Dr. Phillip Hamilton is a Professor of History at Christopher Newport University in Newport News, Virginia. He received his BA from Gettysburg College, MA in history from George Washington University, and Ph.D. in history from Washington University in St. Louis. A historian specializing in eighteenth- and nineteenth-century America, Hamilton taught at Lindenwood University in Missouri from 1995-2002 and Christopher Newport University from 2002 to the present.”
“He is the author of two books, The Making and Unmaking of a Revolutionary Family: the Tuckers of Virginia, 1752-1830, published by University of Virginia Press in 2003 (paperback edition, 2008), and Serving the Old Dominion: A History of Christopher Newport University, published by Mercer University Press in 2011. He has also published numerous articles on early American history in such journals as The William & Mary Quarterly and Virginia Magazine of History & Biography. He is currently writing a joint-biography of the Revolutionary War general, Henry Knox, and his wife, Lucy Flucker Knox as well as editing a volume of their wartime correspondence.”
“Dr. Hamilton teaches courses at Christopher Newport on Virginia history, the Revolutionary War, American slavery, the Age of Jackson, and the Civil War/Reconstruction.”