What Does Religious Freedom Really Mean?

William Shakespeare writes in his play, The Tempest, “What’s past is prologue.” It is a sentiment that links us to our history. Even if we don’t know our history very well, the past still informs what we believe and how we act today. At St. Luke’s Historic Church & Museum, we have daily guided tours that touch upon the ideals of religious freedom that grew out of our context on the North American Continent. In this blog, we will compare that experience and our American Constitution with that of France.

America and France have a similar history, both having developed their constitutions in the waning decades of the 18th century. Both countries went through dramatic upheavals in that time and both dealt with issues of religious freedom. But, how we define and live out our differing understandings of that notion are strikingly different.

In the United States, the focus has typically been placed on the rights of the individual, while in France the focus is on the good of the larger community. For Americans, the concern has always surrounded limiting the power of the government to ensure that individuals have the freedoms we consider to be unalienable. To be sure, it has been an evolving idea.

The U.S. Constitution prohibits the establishment of religion, but only from the standpoint of the federal government. States, especially in New England, had state establishment well into the 19th century. The Fourteenth Amendment, ratified in 1868, solidified anti-establishment on both the federal and state levels.

In France, the policy of laïcité (secularism) removes all religious expression in the public spheres. In the decades following the Protestant Reformation, France went through the French Wars of Religion that prompted a movement of religious toleration. The Edict of Nantes protected religious minorities, namely the Huguenots, from persecution by the State. Unfortunately, Louis XIV revoked the Edict in October of 1685, and persecutions of religious minorities followed.

The French Revolution sought to address these issues, but did so from a very different perspective than that of the United States. The Declaration of the Rights of Man and of the Citizen (1789) states in Article VI that “law is the expression of the will of the community.” Where in the United States the law is perceived being based on a truth that transcends the will of the Community, namely the unalienable rights of the individual. Article X goes on to say; “No man ought to be molested on account of his opinions, not even on account of his religious opinions, provided his avowal of them does not disturb the public order established by law.” Again the focus is on the rights of the community over and above the individual.

By the 20th century, we can see how these differing foci impact law. In 1905, the policy of laïcité becomes the law in France. Basically, keeping religion a private matter was deemed best for the community at large. In recent years, this has led to controversies regarding the public expression of religion in proposed policies that restrict Muslim women from wearing a hijab (head covering). Similar laws are being debated in Canada.

In America, the Supreme Court has consistently held that anti-establishment does not mean the stifling of religious expression of the individual so long as such expression is not imposed by government entities. Justice William O. Douglas, in “Zorach v. Clauson” ruled that, while the government cannot impose religion, allowing for the free exercise of religion means that the government should not restrict religious education on the grounds of anti-establishment. He stated;

“We are a religious people whose institutions presuppose a Supreme Being. We guarantee the freedom to worship as one chooses. We make room for as wide a variety of beliefs and creeds as the spiritual needs of man deem necessary. We sponsor an attitude on the part of government that shows no partiality to any one group and that lets each flourish according to the zeal of its adherents and the appeal of its dogma. When the state encourages religious instruction or cooperates with religious authorities by adjusting the schedule of public events to sectarian needs, it follows the best of our traditions.”1

Both France and the United States hold a belief that the state should not impose religion nor punish anyone for holding beliefs or opinions that are contrary to the majority. But in America, the belief is that it is the role of government to protect the individual from overreach of the government. In France the concern is for how individual expressions can violate the will of the community. 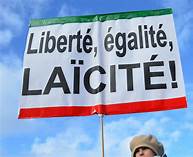 The above sign reads, in English, “Liberty, Equality, Secularism!” 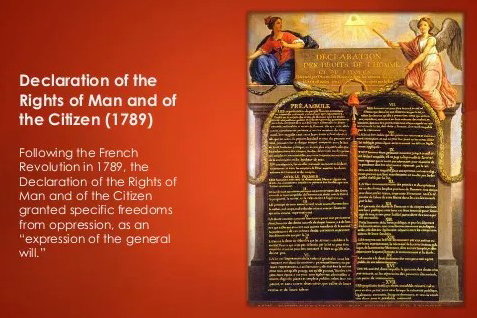 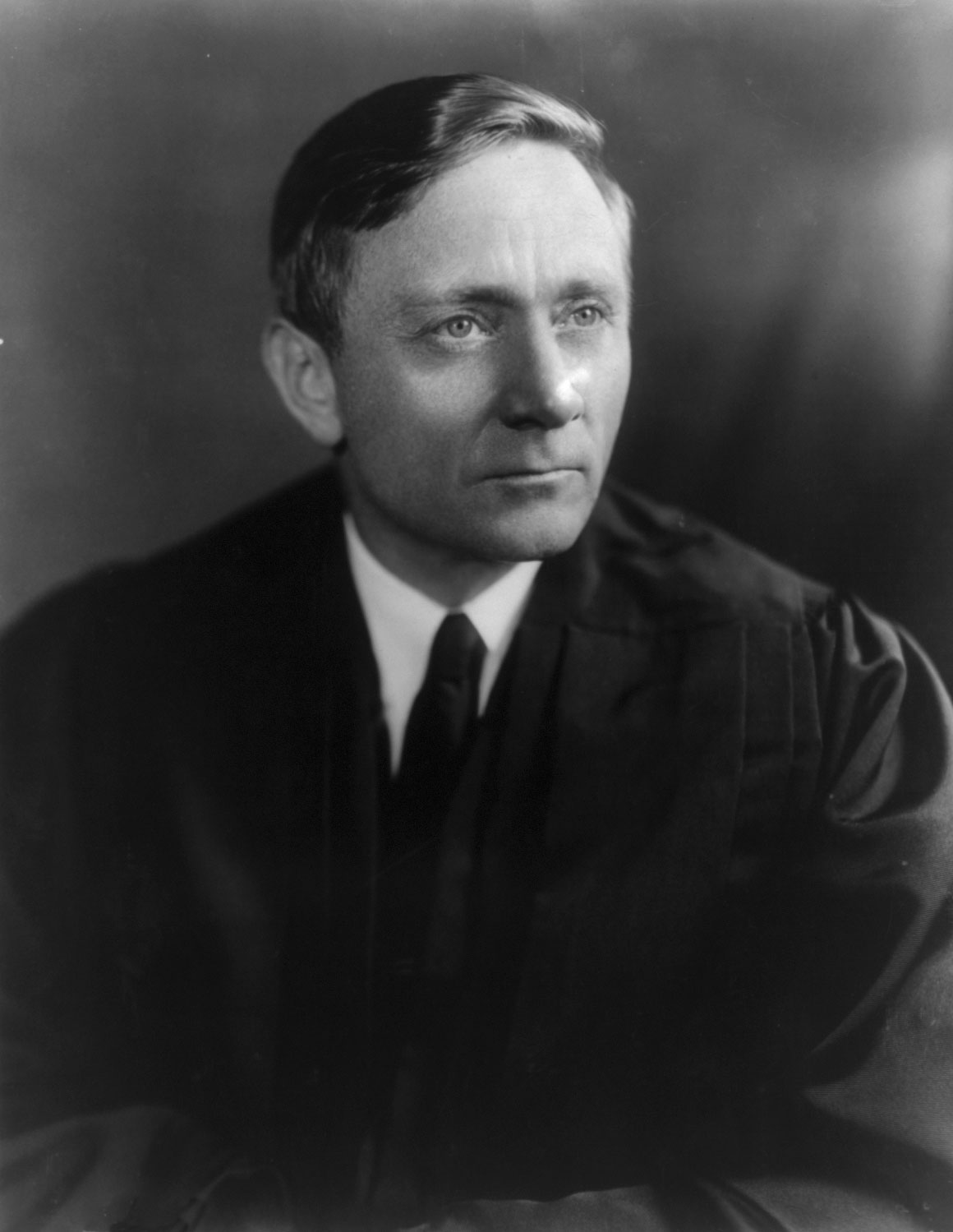 Above: A portrait-style photograph of Justice William O. Douglas, who was an Associate Justice of the Supreme Court of the Unites States, April 1939 – November 1975. He was known for his outspoken progressive views.