Race and Salvation! by John Ericson 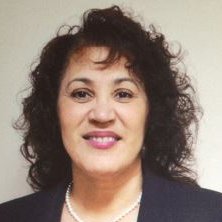 On April 9, 2016, Historic St. Luke’s Church is proud to present a symposium on the early African American experience within the established Church of England. Dr. Cassandra Newby-Alexander will present on “Anglicanism, Race and Intolerance in Colonial Virginia”. Beginning early in the 17th century, Africans were taken to Bermuda, Barbados and Virginia to serve a within the Colonial system. The ideas of race, national origin, and religion were all factors in how one was viewed. Take for example the interesting case of the Reverend Morgan Godwyn. Godwyn, who observed plantation life in Barbados and Virginia was concerned about the newly rising economic elite in the Colonies and the effect it had on their obedience both to the King and to the religious establishment. Godwyn observed that the plantation owning elite were seeking to incontrovertibly link the terms Negro with slave and Negro with heathenism.
Despite the efforts of plantation owners to deny the ability of their slaves to be Christian by virtue of their skin, Dr. Newby-Alexander notes that the African Community in America found their voice and expressed their religious convictions both individually and communally, and that “Spirit Voice” became a source of strength that has “been heard but not always understood” Dr. Cassandra Newby-Alexander is a Professor of History at Norfolk State University and the Joseph Jenkins Roberts Center for the Study of the African Diaspora. 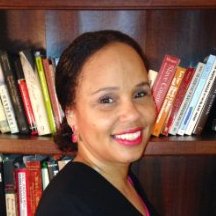 Our Second presentation on April 9 will be “The Children of Africa Have Been Called; The Origin and Early History of the African American Episcopal Church” by Dr. Kay Wright Lewis. In the late 18th Century an emerging church grew out of the African American Religious experience in Virginia and elsewhere. Leaders like Richard Allen, Absalom Jones and others helped to transform what was originally the Free African Society, and helped to create a church independent of the white dominated Protestant Episcopal Church in America. Dr. Kay Wright Lewis is currently an Assistant Professor and Senior Fellow of the Honors College at Norfolk State University.

Historic St. Luke’s is proud to present these two leading scholars as we seek to better understand the African American experience in our early history. Seating is limited, please see our website for information on tickets or call us at 757-357-3367.
« VIEW ALL