Gurley Ambrose Barlow Jr., past chairman of the Isle of Wight Board of Supervisors and leader in establishing the Chippokes Farm and Forestry Museum, died Wednesday of cancer. He was 76.

Mr. Barlow was appointed to an unexpired supervisors term in 1961. He was elected to three more terms and was chairman for 10 years.

Supervisor O.A. Spady, who served for eight years with Mr. Barlow, said he remembers the chairman’s interest in farming legislation. Mr. Barlow helped pass the Land Use Ordinance, by which land is appraised and taxed on its use, not its commercial potential.

A Smithfield native, Mr. Barlow had been president of Smithfield Farmers Inc. until he sold the business in 1993. Before that he operated the family’s 415-acre Shady Lawn Dairy from 1949 until it closed in 1953. During that period, Mr. Barlow served on the local board of the Rural Electrification Administration.

Mr. Barlow’s calm and cool nature suited his positions, said Spady, who remembers him as “a community leader” since the end of World War II. Not getting upset or raising his voice when others disputed, Mr. Barlow would “try to hit the middle and keep them both satisfied.”

He was born Sept. 5, 1919, and graduated from Virginia Tech in 1940. Mr. Barlow served as operations officer of the 71st AAA Group in Europe during World War II. He left active service in 1946, then joined the Army Reserves and retired as a colonel in 1971. He was selected as an aide de camp on the military staff of Govs. Mills Godwin, John Dalton and Charles Robb.

Mr. Barlow served on the board of the Chippokes Plantation Farm Foundation. His volunteer work helped build the Chippokes Farm and Forestry Museum, to which he was named chairman emeritus. He also was director of Merchants and Farmers Bank, now NationsBank.

In 1992, the local Ruritan and Rotary clubs named him “Man of the Year”; and the Smithfield Chamber of Commerce awarded him a plaque for 30 years of distinguished service. He was past president of the local Kiwanis Club, member of American Legion Post 49, on the board of Historic St. Luke’s and belonged to the Jamestown Society and Cedar Point Club.

He was a member of Smithfield Baptist Church, sang in its choir, served as deacon, was on the finance committee and a trustee.

He is survived by his wife of 55 years, Barbara Haverty Barlow; a daughter, Barbara Barlow Bucknall of Deep River, Conn.; a brother, Joseph Augustus Barlow of Smithfield; and four nieces…1 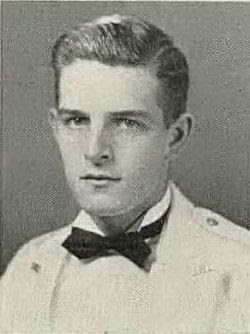