Veteran of the U.S. Army

Major Langley T. Gatling, Jr. 29 [sic; 28], son of Mr. and Mrs. Langley T.
Gatling of Battery Park, was drowned April 6, 1944 in the Ascension Island
area where he was stationed according to a letter from the War Department,
April 22nd. The family had been advised previously that Major Gatling was
missing.

Major Gatling was a graduate of Smithfield High School, V.P.I. Class of ’36,
was Editor in Chief of college paper Virginia Tech; member Pi Delta Epsilon;
Peanut Club, American Society of Civil Engineers, YMCA Cabinet, O.D.K, member
Christ Episcopal Church, Smithfield. Prior to entering the army three years
ago he was associated with Tidewater Construction Company of Norfolk. His
wife is a native of Canada. 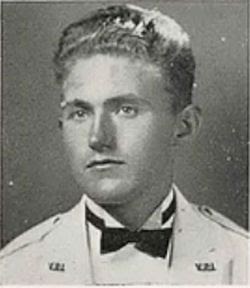